The initial idea was to create small objects without putting to much effort in to designing them. I wanted to be in a position where there was little chance to stop and think about shaping, decorating or making something following a precise aesthetic. I chose to sit at my work table for about two hours every day for a month with needle and thread and a pile of knitted fabrics, sewing together small creatures.

My original intention was to give to each object a chance to posses it’s own expression through form, shape and surface without overly controlling the results with my own aestheticism. But instead I went on a different path, more a sort of self observation on how I was perceiving myself at the time. What I really got out of this experience is an investigation on psychological self portraying. In fact the idea of photographing some of the objects came later after I realised where I was really heading. I took hundreds of pictures of all the creatures but I was repeating myself just using a different media, so based on what I considered a sort of psychological relevance, I carefully chose four shots and blew them up (H120 x W75 cm). The level of details of the photographs is impressive to the point where the details of the wool fabric and the stitches can be read on many levels. I resistant to the idea of sewing dolls or puppets but I pretty much enjoyed the practice of punching the needle through the thick fabric and feeling the thread hold the object together. 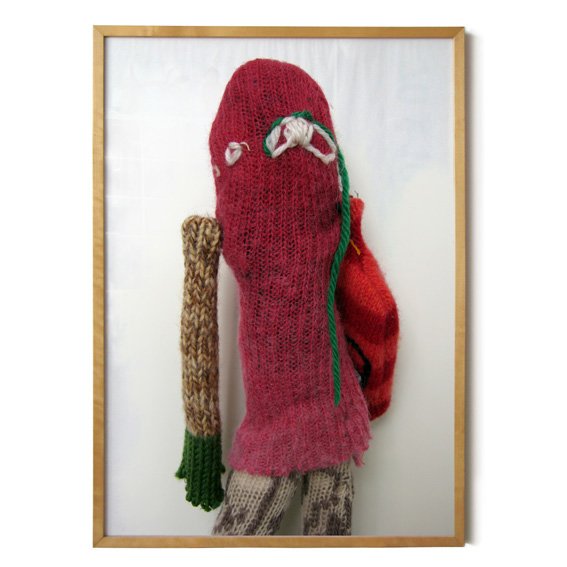 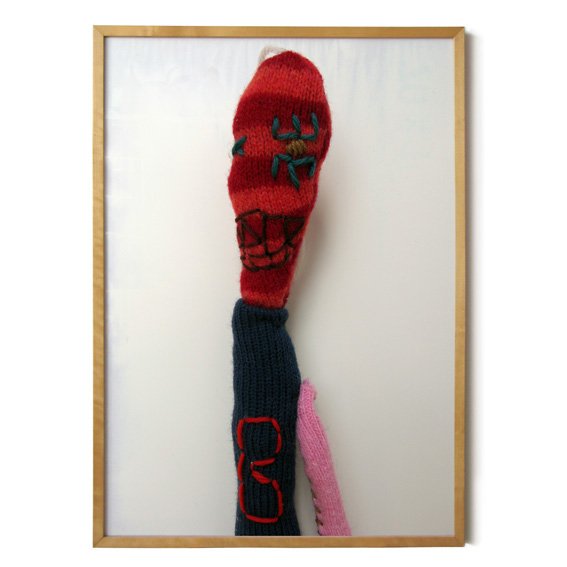 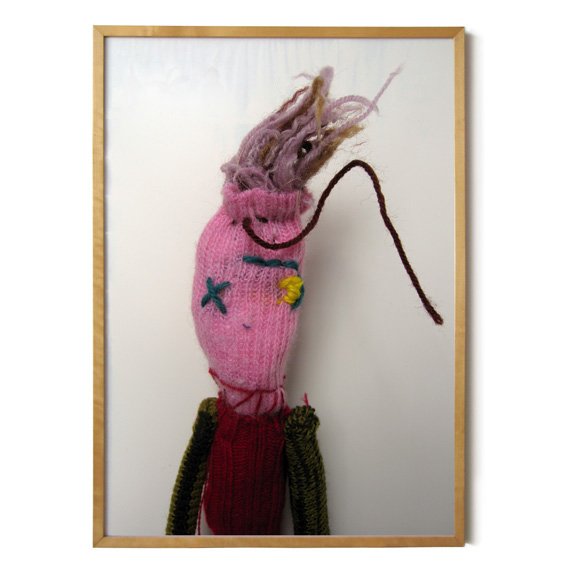 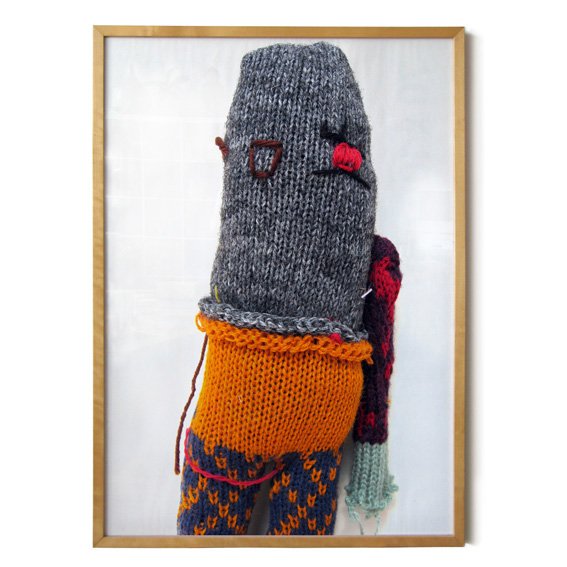 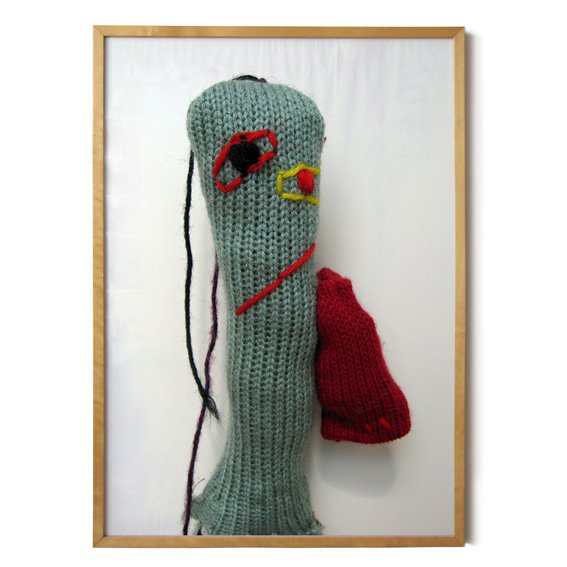 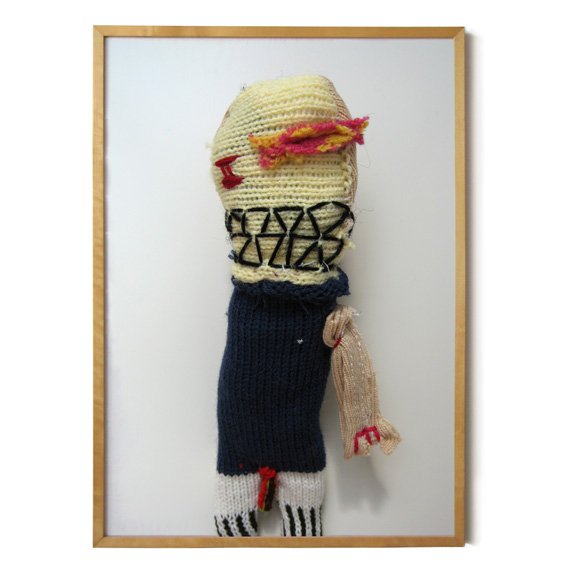 For a long time it was unclear to me why at some point of my art life I became disaffected by the materials I used for so long and thought  were deeply part of my background. For many years hard materials like metal, wood or clay were deeply structured my visual language but I came to realise it was mostly a choice driven by my education. I think I was afraid to give structure and shape to an idea through materials which can be “subject to ageing”, but at the same time i was even more afraid of displeasing the academic environment (from university to the galleries critics and lecturers gravitating around the same saturated environment) which behind a progressive facade was still conventional and conservative. 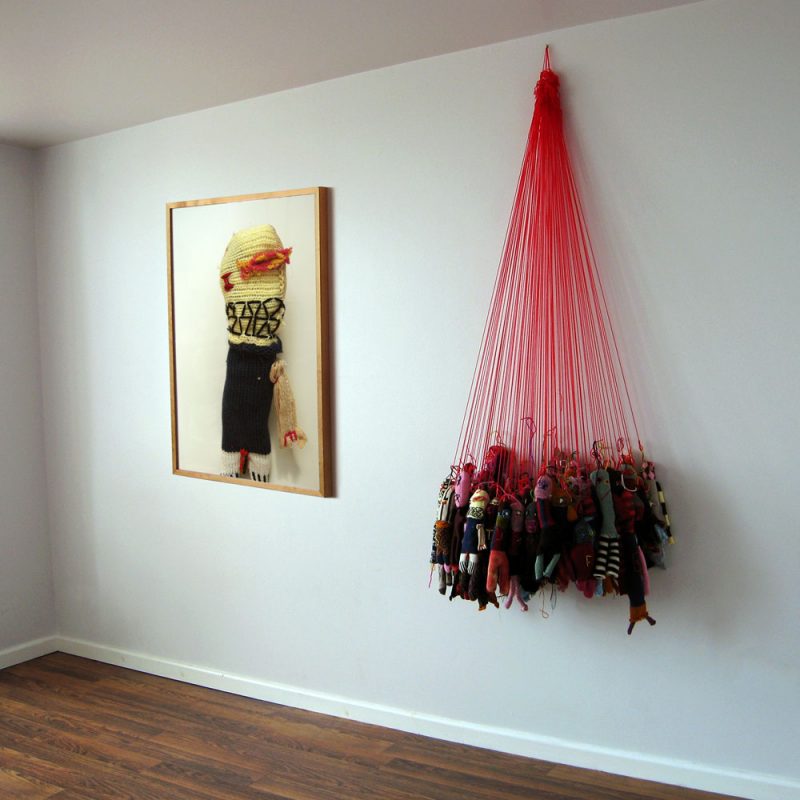 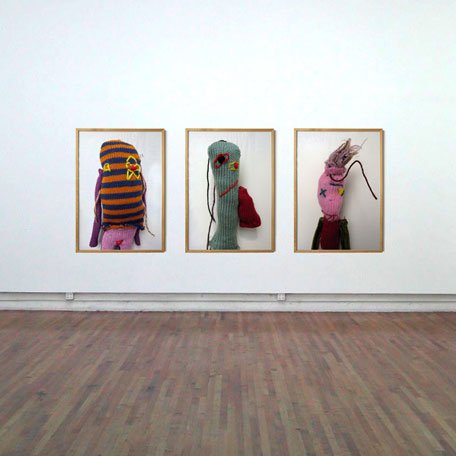