One afternoon I went to my mother’s workshop where she used to work as an upholsterer and on one of the shelves, filled with soft materials, there was a pile of felt. I gently slid my hand through the sheets and enjoyed for a while the warmth and softness. 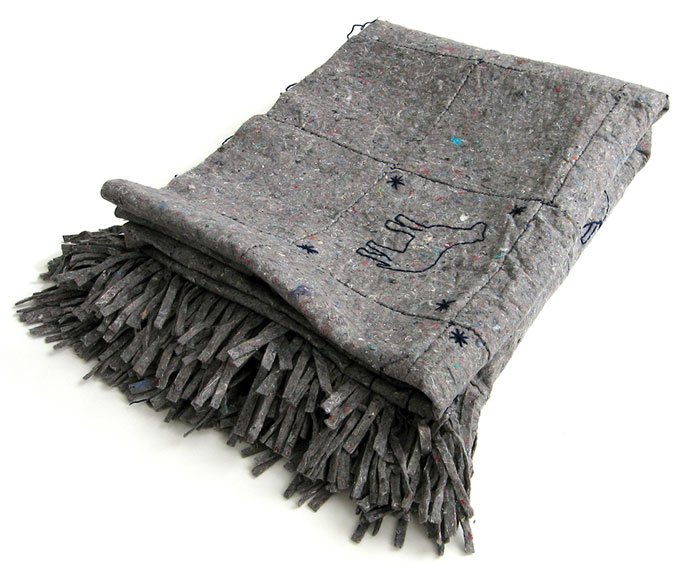 About ten years ago my mother got ill, we were all shocked and unprepared to deal with something so big. I quickly quit my life in order to help my family and in particular my mother. She died in just a year during which there was no real improvement but only the uncertainty of the cures combined with our determination to take each step in order to find a way through. During this time I was unable to do any artwork, my head was always focused on daily chores and keeping myself together. But I had a feeling of hope and I was desperate to see my mother recover, even when the doctors said there was not much time left. 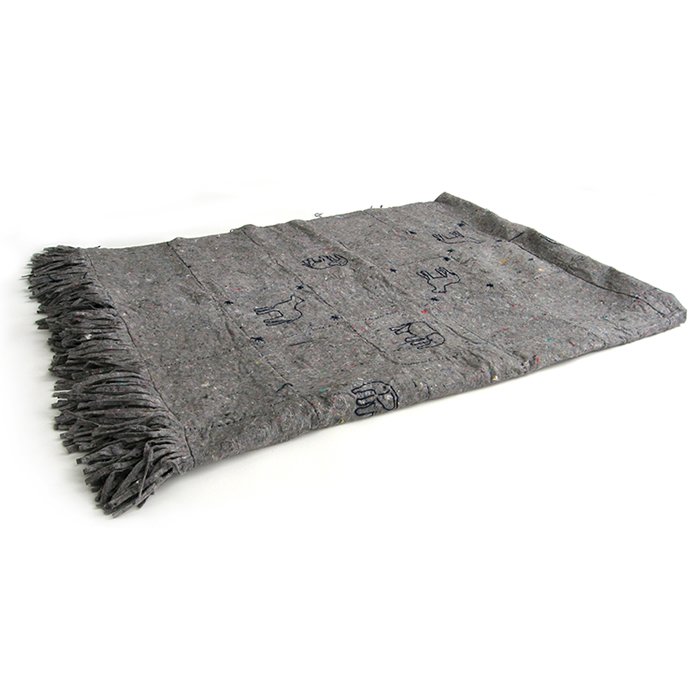 I took some sheets of felt with me not sure yet what to do with them but I had a vague idea to sew all the squares together to make a blanket or some sort of cover. I cut 100 squares 20 x 20 cm each and sewed them together with blue yarn. Felt is a non-woven material and the one used in upholstery is made with recycled fabric. It is soft but also very loose, this is the reason why stitching the squares of felt together with thick yarn is a procedure which requires care in order to avoid the fabric breaking apart. I spent hours trying to keep the squares together, worrying about the unreliability of the material I was using. A slow operation, able to keep me awake and away from my fears but close to a place where I could recover if needed. Or where I could find company and comfort, the same place shared by anyone an atavistic place of tranquillity. 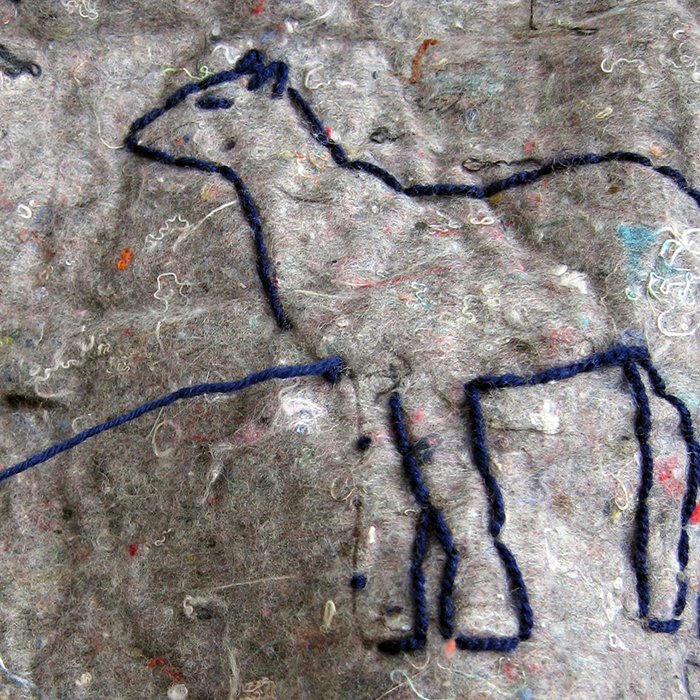 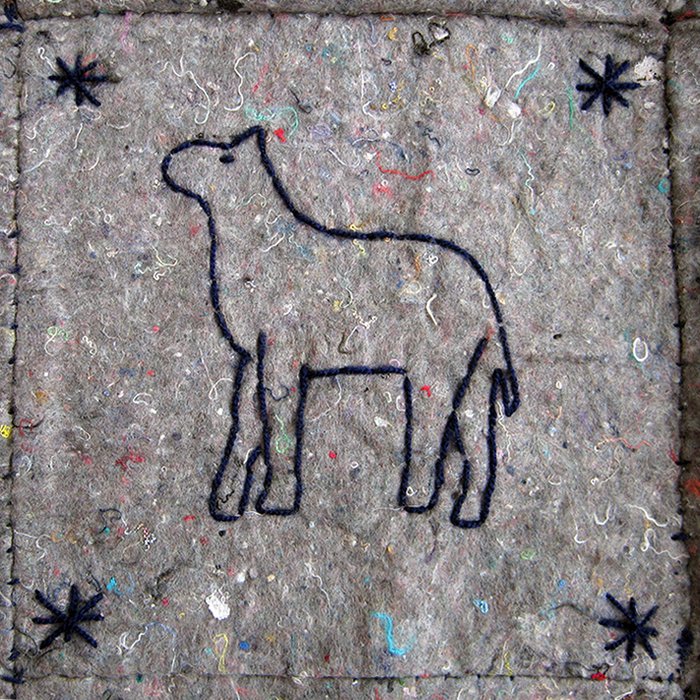 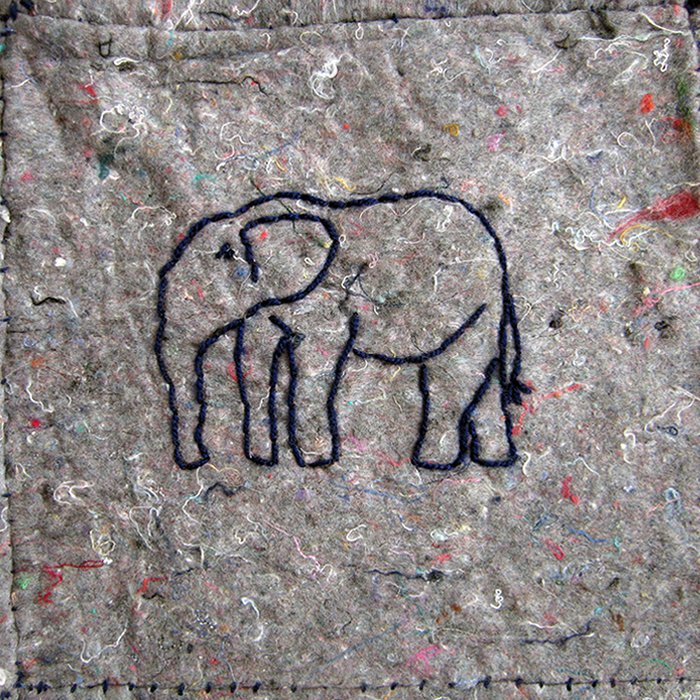 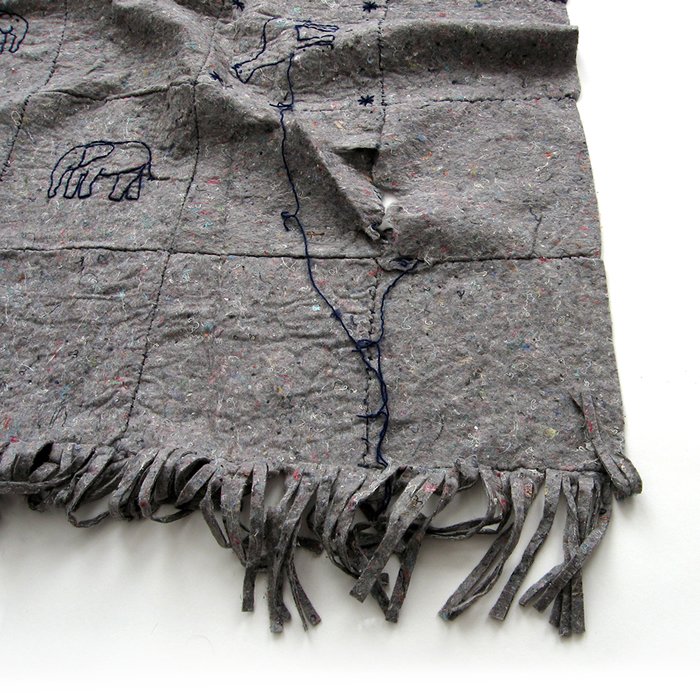 With the same blue yarn used to sew the felt squares together, I embroidered the border of the blanket with a procession of elephants and lambs. These animals are found in myth, religion and culture since ancient civilisations carrying slightly different meanings but some of these connotations had a heavier impact than others. I chose the elephant because like many writers, poets and travellers have suggested, it symbolises strength, greatness and dignity, either divine or human, characteristics rarely found among other species in the animal kingdom. As I was brought up in a Catholic environment, the lamb refers to the Christian symbol of innocence gentleness, peacefulness and patience under suffering. Walking elephants and lambs in a circle in an endless slow, safe motion producing peace, calm, endurance and ultimately protection; this is the place I stitched together with the same slow and attentive care in order to avoid any break, separation or alteration. 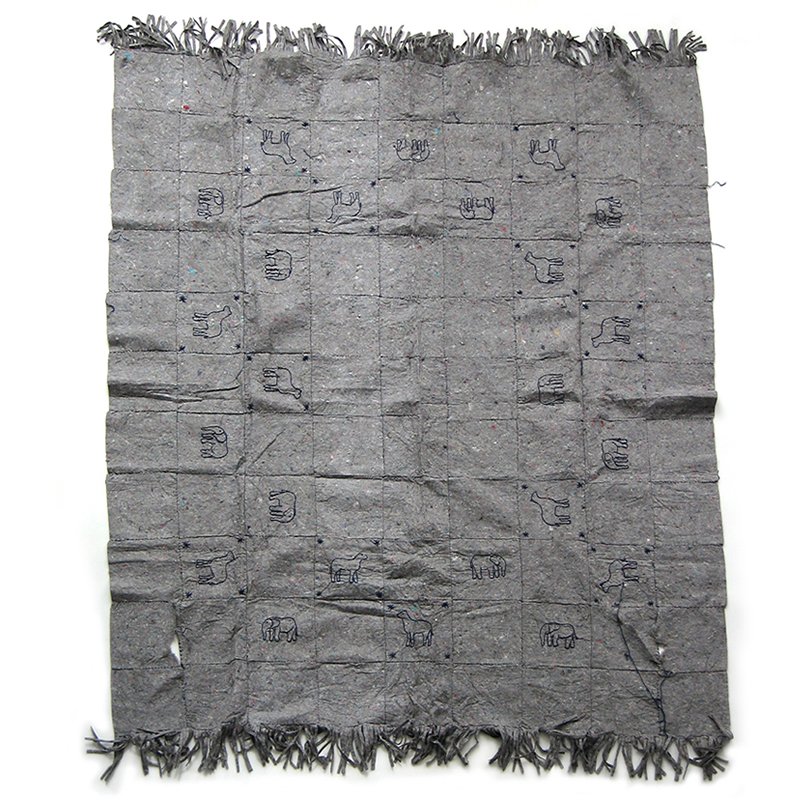 Much like the daily praying of some religious orders, which in the enclosed space of a monastery, would walk slowly following the arcades and find concentration in the concentric architecture of the cloister, I chose to practice a daily routine involving this simple, constant cyclic action, in order to keep my attention focused and calm. One morning I woke up very upset because of a bad dream. Walking through the bedroom I accidentally stepped on the blanket and tore apart some of the stitched felt squares. I was losing my concentration. The loss was immense. Soon anger took over and ruled me for many years.