On a felt suit

The project investigates the correlation between memory and loss and the need to rebuild a conversation otherwise lost. The working suit (based on the miner uniform worn in Belgium in the 1950’s) is made with felt and later embroidered with cotton basting thread. The boots are made with beeswax and horse hair. 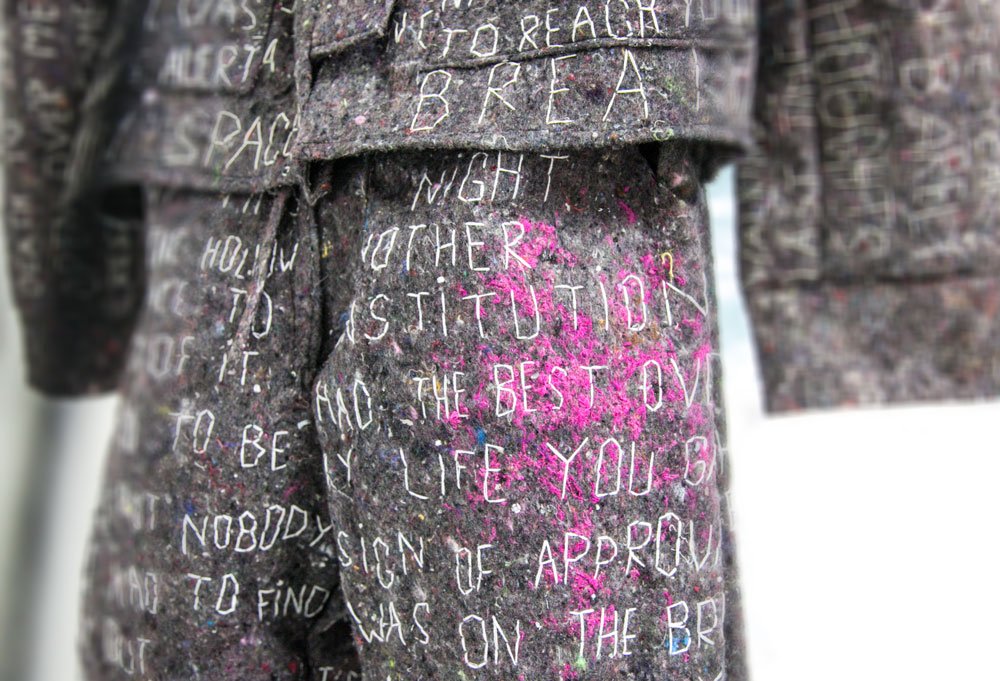 The night another institution had the reins over my life. You gave a sign of approval. I was on the brink of a cliff and you pushed me closer to the edge. 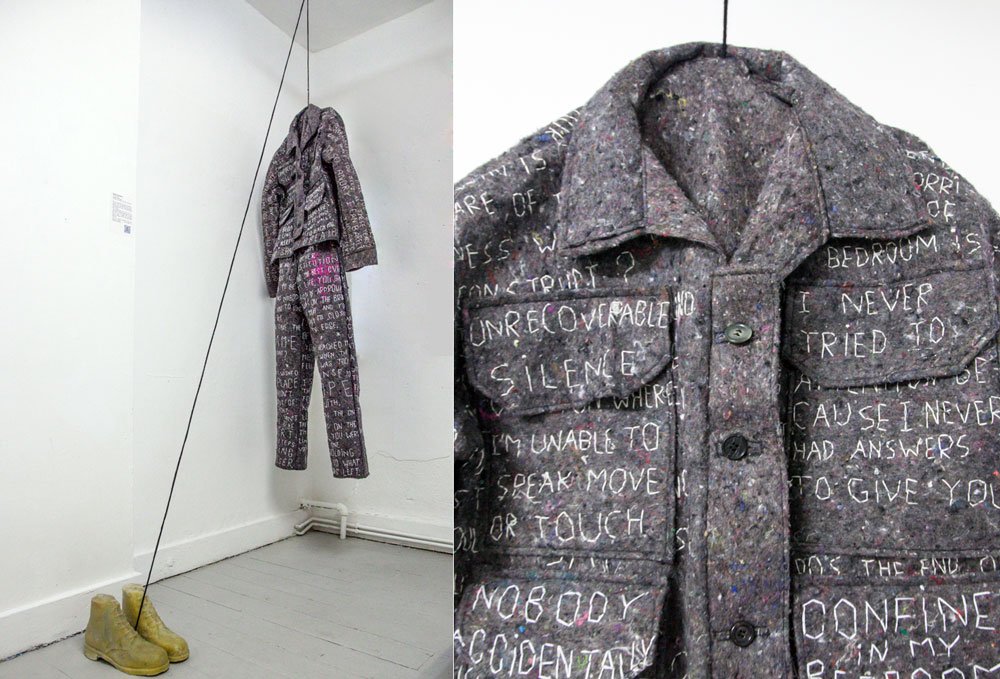 Unrecoverable silence. A place of oblivion where I’m unable to speak, move or touch.
I never tried to attract your attention because I never had answers to give you.

I clearly suffered your irony towards me but obviously your authority was far more important. How would I answer that? With contempt and a great deal of silence, although ignoring you is ignoring part of myself.
At the end of the corridor the door of your bedroom is open, I can see the tip of the cigarette shining in the dark. I’m walking along the corridor quietly stepping towards the end of it, I’m so close I can hear the tobacco burning. I carefully lock the door behind me. Now I can breathe.